Vintage Soul For A Modern Duo

Beginning their first set playing to a small, seated crowd to end their show with almost everyone up and dancing in front of the stage, a contextual time portal to the electrified blues of the Mississippi hill country was masterfully conjured in the Blue Mountains last night by The New Savages from Melbourne. With the dynamite duo appearing for a performance slot at Lawson’s Mechanic’s Institute Hall along the tour for their debut album Seventh Son, guitarist/vocalist Milan Milutinovic and drummer/vocalist Darren Seknow were initially greeted by an unlikely gathering of older soup-sipping socialites. After a scholarly introduction from MC John Sheehy, who offered a brief summary of the history of African-American blues tradition, a generous supply of Young Henry’s Newtowner APA and other such refreshments eventually provoked the rhythmically-minded to rise to their feet for the group and boogie out of their shells in the chilly hall. 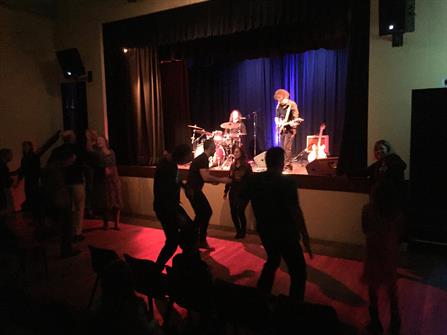 In a set list half derived from reimagined covers of blues standards from John Lee Hooker, RL Burnside, Howlin’ Wolf and even Creedence Clearwater Revival to blending this spirit of trials and tribulations into heartfelt originals detailing past love affairs, prison stories, the Biblical story of Cain and Able and other such topics, The New Savages re-established themselves as a modern band with true vintage soul. Its ironic that The New Savages have never been to Mississippi. Serving as a direct channel to the black musical heritage of America’s southern rural states, Milan’s richly detailed guitar voicing and evocative, swampy slide playing was perfectly complemented by Darren’s expert drumming and brushwork as our minds were transported to a distant, long-ago place with our hips shaking and bodies quaking. Plucking chords while accenting certain notes and maintaining cleanly pulsing bass lines on the neck of his gold Gibson, the echoey hall acoustics produced the sonic illusion of there being more than two musicians on stage, with sounds even similar to a piano ringing out over our ears.

Though the hall’s wooden acoustics don’t quite suit louder electric acts, a seasoned level of subtlety and control kept The New Savages sounding expansive and powerful while veering on sounding too quiet to the ears of certain enthusiastic punters. The beautiful instruments, amplification, drums, cymbals and gear used by the duo instilled a pure tone of vintage authenticity to their songs, while singer Milan boomed over the finely tuned PA with a voice in strong contrast to the man’s appearance. Between nearly all of the songs, it was refreshing to hear descriptions and snippets of backstory detailing the creative inspirations and circumstances leading to the original material’s formation, as the keen audience members soaked up every detail and turn of phrase included in both sets.

In a first for the duo, The New Savages had come from Sydney to the Blue Mountains on the way to Port Macquarie and Albury on June 8th and 9th, before a brief stop home in Melbourne to resume touring from the 14th to the 20th, plugging their debut album Seventh Son around a quarter of our nation’s coastline. Later in the year, The New Savages will be touring with one of RL Burnside's grandchildren, and its not hard to understand how the attention of one of America's greatest blues families would be alerted by the music of this Melbourne duo. Inherent to the culture of the Mountains, we gave a very warm reception to Milan and Darren before the hard-working duo resumed their tour to further spread the gospel of vintage blues in modern Australia, leaving a trail of groove in their wake.

Photos by Corin Shearston with picture courtesy of The New Savages

In My Time Of Dying (trad.)

Brother I Am Your Keeper (M. Milutinovic)

(Most Of) SET TWO

Down The River Blues (M. Milutinovic) 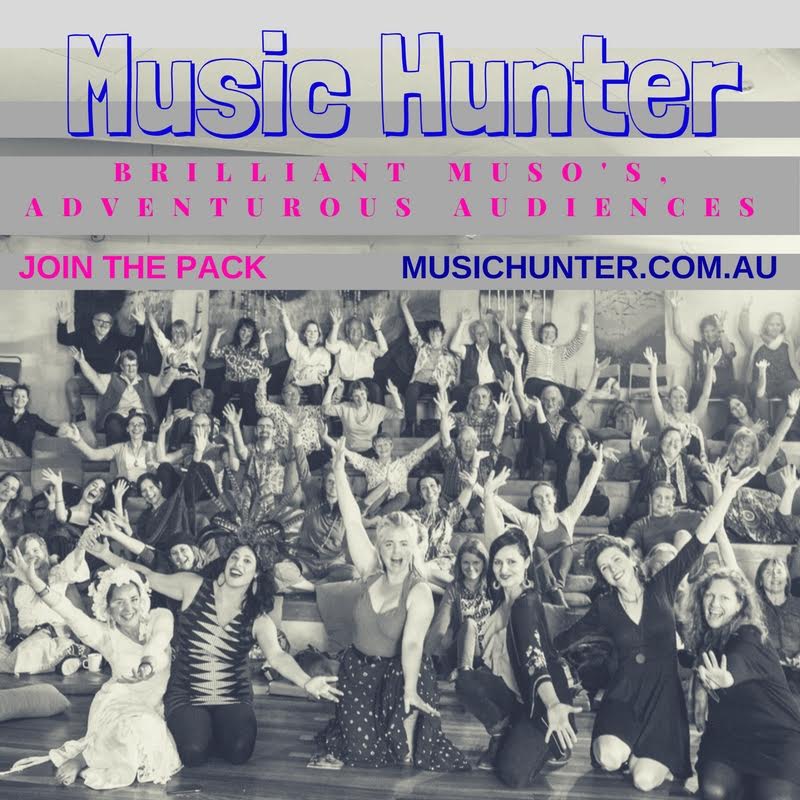