Upcoming Events at The Hydro Majestic

Silent Night at The Hydro Majestic

Indulge in a feast of the senses this festive season as the Konzert Kollektiv fills the grandest of the grand Blue Mountains hotels with majestic Christmas music on December 22, 6.00 pm to 9.30 pm. 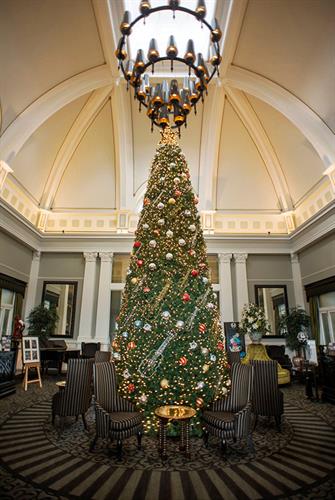 As well as favourites such as Joy to the World and The Holy City (Jerusalem), the great carol of peace will receive special attention on its 200th anniversary.

According to legend, Silent Night was sung for the first time on Christmas Eve 1818 in a little church in the Austrian village of Oberndorf outside Salzburg. The story goes that the choirmaster hurriedly penned the hymn to be played on a guitar when it was discovered mice had chewed through the bellows of the church organ.

The program will be accompanied by a five-course "taste of Christmas" degustation dinner of fresh regional produce showcasing the culinary talents of an international team of chefs.

The Silent Night event will open a Christmas and New Year’s season of operatic proportions at Escarpment Group collection of luxury hotels.

Christmas with the Escarpment Group

Inspired by the sparkle of Christmas lights and the warm glow they bring to the festive season, the Wintergarden Restaurant will host a decadent five-course degustation with all the trimmings overlooking the spectacular views of the Megalong Valley. Cost: $125 adults, $65 children (3-12 years), children aged 0-2 years complimentary.

Dinner: lavish five-course degustation featuring an elegant array of seafood, traditional Christmas roasts and dessert, with a glass of sparkling on arrival while enjoying the sunset over the Megalong Valley. Cost: $159 adults and $85 children (4 – 12 years).

High Tea: Take advantage of the holiday season and extend celebrations to a three-tiered indulgence in the Wintergarden Restaurant against the backdrop of sublime panoramic views over the Megalong Valley. Cost: $75 adults and $45 children (4-12 years old).

Lunch: Two-course casual meal in a funky venue with a glass of sparkling on arrival and views over the Megalong Valley. Cost: $75pp.

Celebrate global fusion with an evening of world music, a five-course degustation meal featuring outstanding fresh seasonal produce and the culinary talents of our team of international chefs. Tickets: $135pp includes glass of sparkling on arrival, degustation dinner and performance.